We have adapted and extended the Kepler Scientific Workflow system, which is itself based on Ptolemy II, by specific actors that interact with
Earthsequencing workflows and data. 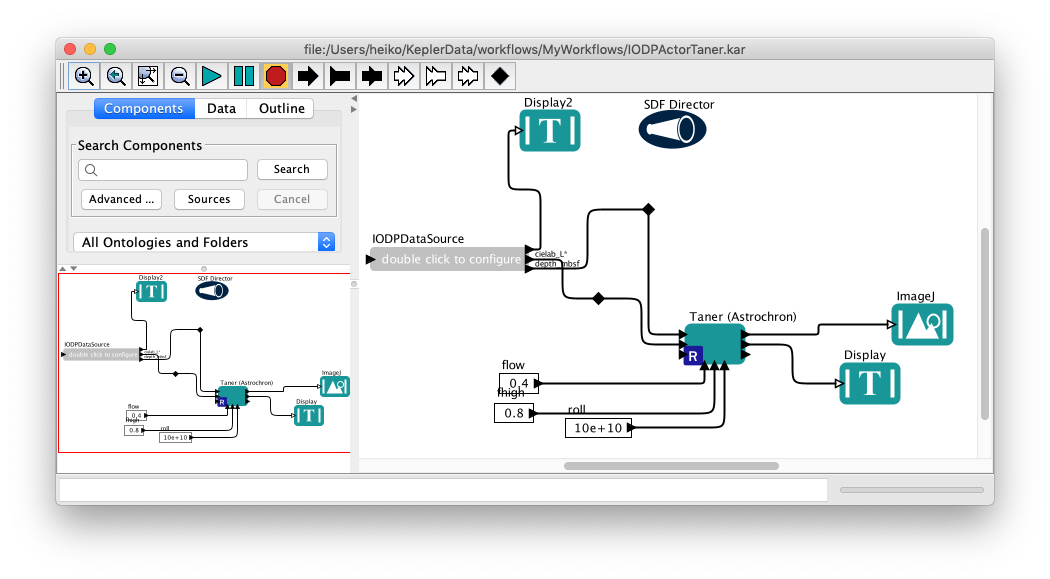 Individual Actors are still under ongoing development, however the ability to directly import IODP data from our database is already useful, particularly in
interaction with externally provided libraries (for example Astrochron).

While Kepler is Java based, and inherently cross-platform, our EARTHSEQUENCING actors for now are still macOS only (other versions will follow).

Source code for the keplerSwift component is available upon request.

To run above example, install Kepler-Earthsequencing from below disk image. 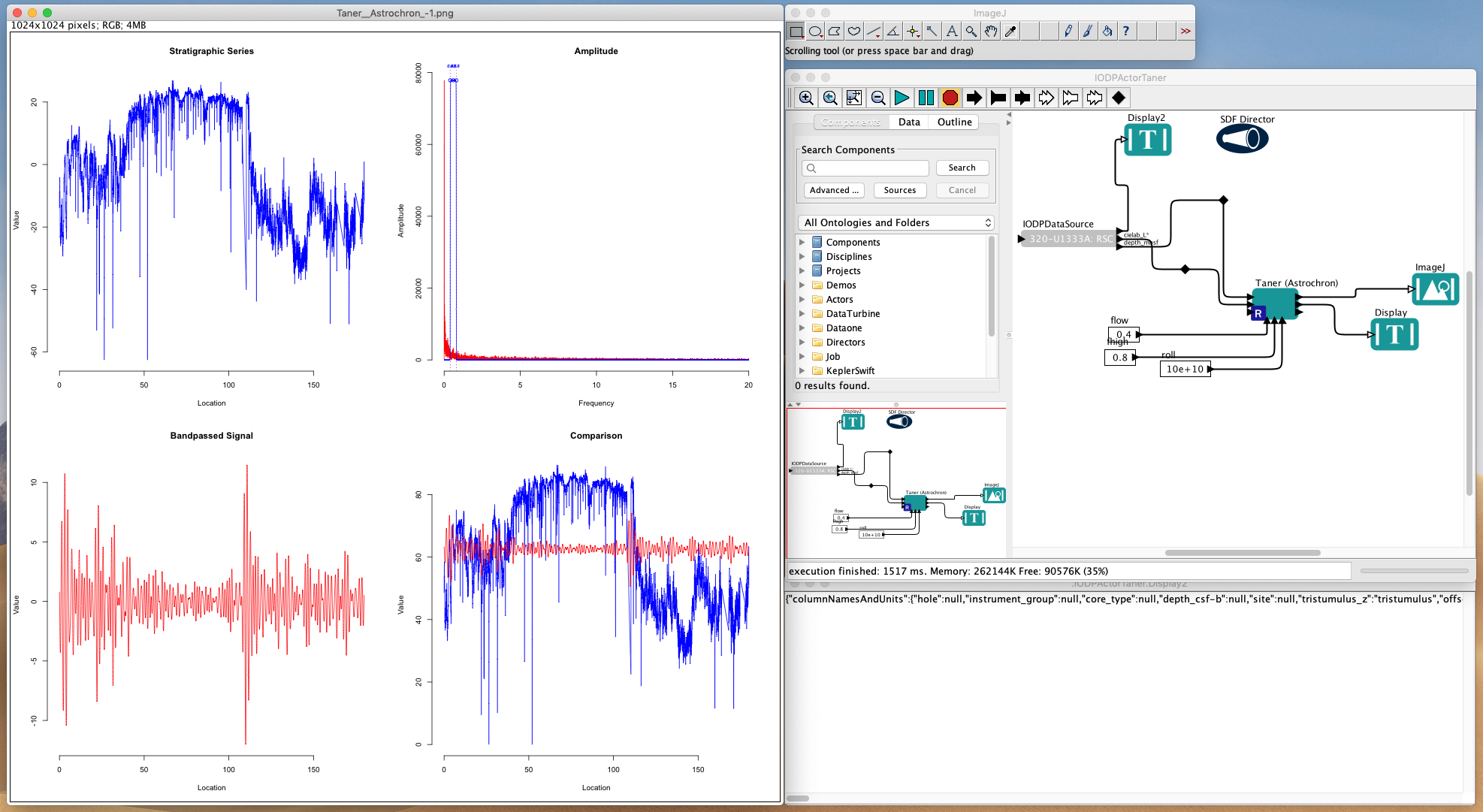